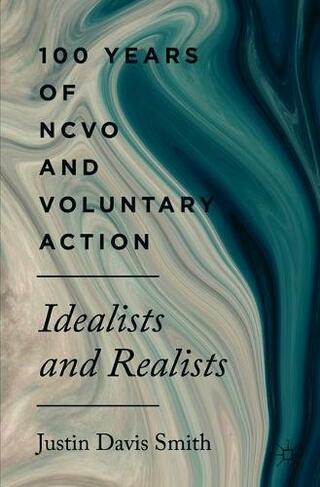 This book explores the rich history of voluntary action in the United Kingdom over the past 100 years, through the lens of the National Council for Voluntary Organisations (NCVO), which celebrates its centenary in 2019. From its establishment at the end of the First World War, through the creation of the Welfare State in the middle of the twentieth century, to New Labour and the Big Society at the beginning of this century, NCVO has been at the forefront of major developments within society and the voluntary movement. The book examines its many successes, including its role in establishing high-profile charities such as Age Concern, the Youth Hostels Association, and National Association of Citizens' Advice Bureaux. It charts the development of closer relations with the state, resulting in growing awareness of the value of voluntary action, increased funding, and beneficial changes to public policy, tax and charity law. But it also explores the criticisms NCVO has faced, in particular that by pursuing a partnership agenda and championing professionalisation, it has contributed to an erosion of the movement's independence and distinctiveness. 14 Illustrations, black and white; XXII, 305 p. 14 illus.

Justin Davis Smith is Senior Lecturer at the Centre for Charity Effectiveness at Cass Business School, City, University of London, UK. He was previously Director of the Institute for Volunteering Research, Chief Executive of Volunteering England, and Executive Director of NCVO. He has previously co-edited An Introduction to the Voluntary Sector (1995), and authored The Attlee and Churchill Administrations and Industrial Unrest (1990).