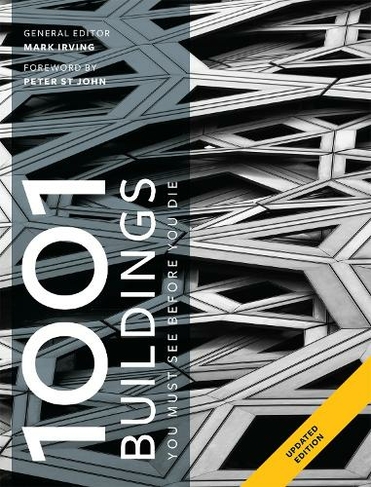 With a foreword by Peter St John. 1001 Buildings You Must See Before You Die is a visual testament to the world's greatest achievements in architecture. Beginning with the marvels of the ancient world and continuing with the masterpieces of our present day, this book details the historical and geographic considerations that influenced the design, with stunning photographs illustrating the technical ingenuity and aesthetic brilliance of architects past and present. Comprehensive yet concise, each article includes essential information about the featured structure: who designed it, who commissioned it, key dates in its construction and more. From B yzantine and Gothic wonders, through the incredible wealth of the Renaissance and Baroque, and on to the marvels of the twentieth century, this book also culminates with the achievements of the past decade, such as Renzo Piano's towering Shard London Bridge and the billowing glass sails of Frank Gehry's Fondation Louis Vuitton in Paris. Featuring extra material including the world's finest and most important public and residential buildings from palaces, museums and ground-breaking new residences to unique or unusual structures, such as the ancient Pueblo cliff dwellings and rustic southern Italian trulli. 1001 Buildings You Must See Before You Die is the complete yet accessible guide to the architectural masterpieces of the world - a compendium of familiar landmarks and undiscovered gems that will inform and delight everyone with an interest in architecture.

Mark Irving, has been an art and architecture writer for numerous newspapers, including The Times, the Financial Times, the Independent on Sunday, the Guardian and the Scotsman as well as magazines such as Domus, Blueprint, Prospect, Time, L'Espresso, The New Statesman and Knack Weekend. He wrote and presented Channel 5's critically acclaimed three-part television series The Story of Art Deco. Mark has contributed essays to numerous books and catalogues, and conceived and produced the flip book for the Serpentine Gallery's Talks marathon. He was lecturer in curating and innovation management at Central Saint Martins between 2005 and 2015. He is now head of business development at Event, Europe's leading experience design agency.Peter St John began his architectural studies at the Bartlett School of Architecture, completing them at the architectural Association. He worked for Richard Rogers, Florian Beigel, Dixon Jones and Arup Associates prior to establishing his own practice with Adam Caruso in 1990. Caruso St John is recognised internationally for its subtle, highly intelligent architecture, and came to public notice with its design for the New Art Gallery, Walsall. The practice's recent transformation of Tate Britain received several awards, including a RIBA award in 2014. Their twenty-fifth anniversary in 2015 was celebrated with a special edition of the Architects' Journal.