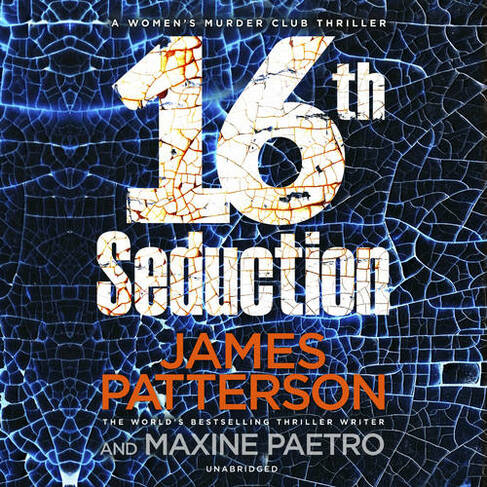 The bestselling 16th novel in the Women's Murder Club series A LIFE FALLING APART Fifteen months ago, Detective Lindsay Boxer had the perfect life with her beautiful baby daughter and her loving husband Joe. That was before she discovered everything she knew about Joe was a lie - and his betrayal cuts deep. A SILENT KILLING SPREE As Lindsay grapples with her personal life, a wave of mysterious heart attacks strikes across San Francisco, killing seemingly unrelated victims. Is it just chance - or is something more sinister at work? AN EXPLOSIVE TRIAL At the same time, a maniac bomber captured by the combined efforts of Joe and Lindsay is on trial - and his defence raises damning questions about Lindsay and Joe's investigation. Before long, Lindsay faces the prospect of her being the one on trial... THE TABLES ARE TURNING...

JAMES PATTERSON is one of the best-known and biggest-selling writers of all time. His books have sold in excess of 325 million copies worldwide. He is the author of some of the most popular series of the past two decades - the Alex Cross, Women's Murder Club, Detective Michael Bennett and Private novels - and he has written many other number one bestsellers including romance novels and stand-alone thrillers. James is passionate about encouraging children to read. Inspired by his own son who was a reluctant reader, he also writes a range of books for young readers including the Middle School, I Funny, Treasure Hunters, House of Robots, Confessions, and Maximum Ride series. James has donated millions in grants to independent bookshops and has been the most borrowed author in UK libraries for the past nine years in a row. He lives in Florida with his wife and son.