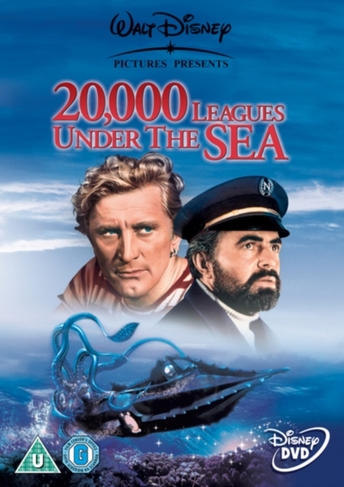 https://www.whsmith.co.uk/products/20000-leagues-under-the-sea/5017188810029-08-000.html N/A
GBP
Availability
Currently unavailable. We dont know when or if this item will be back in stock
Free Saver Delivery on orders over £25
Details
FREE SHIPPING over £25 for Saver Delivery
Share

20,000 Leagues Under the Sea
A warship is sent to investigate a 'creature' that is sinking vessels in the middle of the sea. The warship itself is sunk and three survivors end up aboard the 'monster', a submarine called 'The Nautilus', skippered by the insane but brilliant Captain Nemo (James Mason). The rest of the adventure includes a battle with a giant squid. Disney's first live action feature sticks closely to Jules Verne's 1869 book.