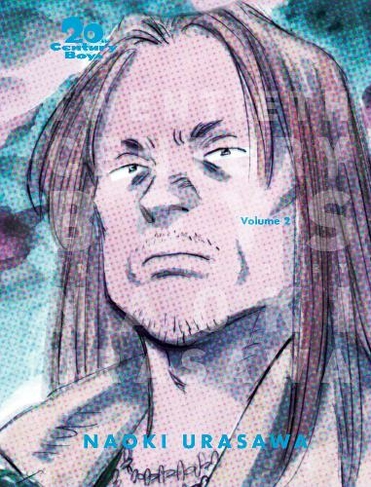 By Naoki Urasawa (Creator)
Paperback
https://www.whsmith.co.uk/products/20th-century-boys-the-perfect-edition-vol-2-20th-century-boys-the-perfect-edition-2/naoki-urasawa/paperback/9781421599625-12-000.html £10.65 rrp £12.99 Save £2.34 (18%)
GBP
Availability
In Stock
Free Delivery Available When You Spend £25 Or More
Details
Spend £25 on eligible products to receive free standard delivery to home or free next working day click and collect to store
Share

A deluxe bind-up edition of Naoki Urasawa's award-winning epic of doomsday cults, giant robots and a group of friends trying to save the world from destruction! Humanity, having faced extinction at the end of the 20th century, would not have entered the new millennium if it weren't for them. In 1969, during their youth, they created a symbol. In 1997, as the coming disaster slowly starts to unfold, that symbol returns. This is the story of a group of boys who try to save the world. Kenji races home and picks up the newspaper: sure enough, the mystery microbe has hit London. He thinks back over everything that has happened and what he and his childhood friends dug up, and is forced to face the unbelievable truth-someone really is putting into motion the story Kenji made up as a child, and people are dying because of it! It turns out that the Friend's plan to destroy the world was dreamed up long ago by a group of boys playing "good guys against bad guys." And now, the only one who can stop this diabolical plot from succeeding is the one who came up with it-Kenji! 0

Naoki Urasawa's career as a manga artist spans more than thirty years and has firmly established him as one of the true manga masters of Japan. Born in Tokyo in 1960, Urasawa debuted with BETA!! in 1983 and hasn't stopped his impressive output since. Well-versed in a variety of genres, Urasawa's oeuvre encompasses a multitude of different subjects, such as a romantic comedy (Yawara! A Fashionable Judo Girl), a suspenseful human drama about a former mercenary (Pineapple ARMY; story by Kazuya Kudo), an intriguing detective series taking place around the world (Master Keaton; story by Hokusei Katsushika, Takashi Nagasaki), a captivating psychological suspense story (Monster), a sci-fi adventure manga (20th Century Boys), and a modern reinterpretation of the work of the God of Manga, Osamu Tezuka (Pluto: Urasawa x Tezuka; co-authored with Takashi Nagasaki, supervised by Macoto Tezka, and with the cooperation of Tezuka Productions). Many of his books have spawned popular animated and live-action TV programs and sci-fi films, and 2008 saw the theatrical release of the first of three live-action Japanese films based on 20th Century Boys.No stranger to accolades and awards, Urasawa received the 2011 and 2013 Eisner Award for Best U.S. Edition of International Material-Asia, as well as an award at the Angouleme International Comics Festival, and is a three-time recipient of the prestigious Shogakukan Manga Award, a two-time recipient of the Osamu Tezuka Cultural Prize, and also received the Kodansha Manga Award. Urasawa has also become involved in the world of academia, and in 2008 accepted a guest teaching post at Nagoya Zokei University, where he teaches courses in, of course, manga.