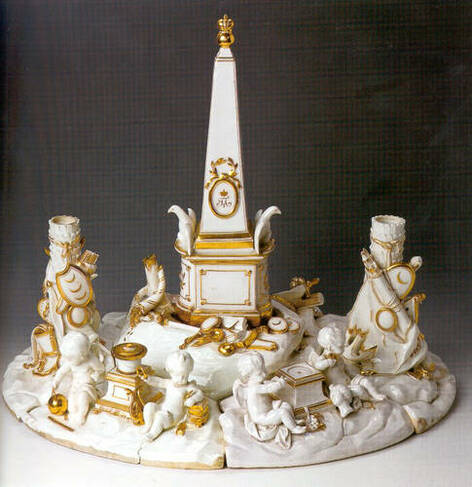 It was Peter the Great's fascination with porcelain - the 'white gold' invented at the court of Saxony in 1718 - that led some twenty-five years later to the establishment of the Imperial Porcelain Manufactury in St Petersburg. The tradition of fine manufacture established there continued in an unbroken form throughout both the Imperial and Soviet eras - but it was the demands of the factory's Imperial and aristocratic patrons in the eighteenth century that led to the wonderfully high artistic and technical standards that are still appreciated today. Ranging from snuff-boxes to monumental, multi-figured centrepieces for the Tsar's table, the display of masterpieces revealed in this book will be treasured by all those who appreciate fine ceramics. illustrations

Galina Agarkova is a writer specialising in the decorative arts and is the author of 'Leningrad Porcelain Masters' and 'Russian Decorative Porcelain'. Nataliya Petrova is an art historian and has been director of the Leningrad Porcelain Factory Museum for twenty years.