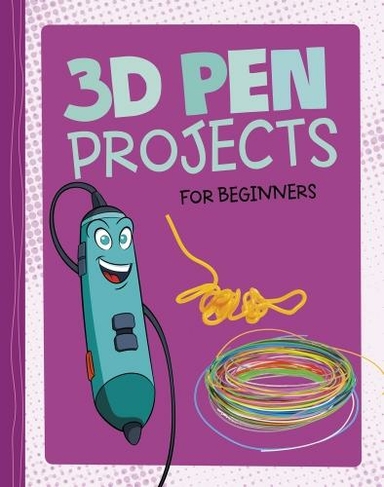 Build up with a hands-on introduction to drawing in 3D. Step-by-step instructions will help you get sketching and structuring in a matter of minutes. You'll be drawing 3D doodles as fast as you can imagine them.

Tammy Enz became a civil engineer because of her awe of the massive steel bridges that spanned the Mississippi River. She just had to figure out how they worked. Today, she still likes tinkering and figuring out how things work. When she isn't tinkering, she fixes up old houses and conducts experiments in her garden and kitchen. Most of all, she loves reading books about anything and everything and asking 'why?' Dario Brizuela was born in Buenos Aires, Argentina, and as a teen he began studying in an art school-doing drawing, sculpture, painting, and more. After discovering superhero comic books, his goal was draw his favorite characters. He broke into comics by working for publishers like Dark Horse Comics, Image, Mirage Studios, IDW, Titan publishing, Soleil Productions, Viz Media, Little, Brown and Company, DC Comics, and Marvel Comics, and for companies like Hasbro and Lego. His comic book and illustration work in the U.S. and Europe includes: Star Wars Tales, Dioramas, Ben 10, Super Friends, Justice League Unlimited, Voltron Force, Batman: The Brave and the Bold, Transfomers, Mini Hulks, Gormiti, Superhero Squad, Scooby Doo, and Beware The Batman.