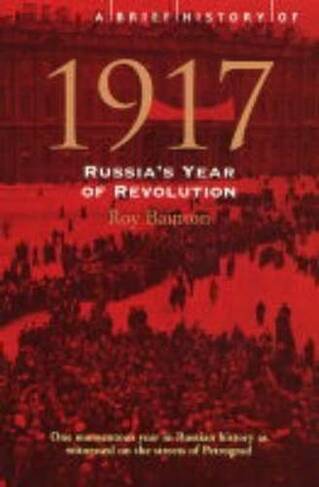 A Brief History of 1917 Russia's Year of Revolution

'Lenin? Yes, he was a good man -- he ran the whole country -- and he did it on a worker's wages.' The view of a Red Army veteran is in contrast to that of a young Russian entrepreneur: 'Lenin and Trotsky were totally evil -- they turned my country into a nightmare.' The Revolution of 1917 remains controversial though much is known about its key political players. Roy Bainton tells the compelling, human side, via the poignant stories told to him by ordinary families, their hopes transformed into fear.

Roy Bainton author of Honoured By Strangers, The Mammoth Book of Unexplained Phenomena and A Brief History of 1917: Russia's Year of Revolution travelled the world in the Merchant Navy. He has written extensively for radio, TV, magazines and newspapers.