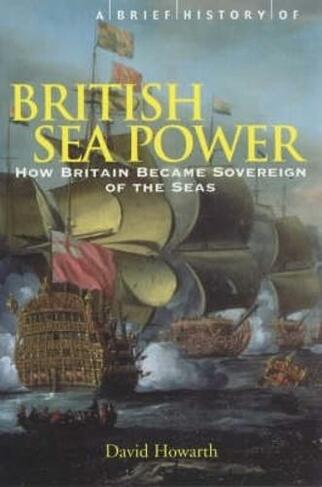 The British did not take to water like ducks, for centuries doing little but cling to coastal waters. The Romans and Vikings knocked spots of us as seamen, and the English upper classes saw seafaring as mercantile and beneath them. Britain's success at sea began with Elizabeth I and the defeat of the Armada, thanks to superior gunnery and seamanship. Elizabeth employed practical seamen like Hawkins and Drake - and they repaid her trust. Howarth reconstructs the expansion of trade routes and the great 18th - century days of the line of battle ships. With Napoleon's fall, the British were free to expand, and their prestige rose so high that sea warfare almost ceased as British ships patrolled the oceans. In the 20th century, the British navy was twice as big as any other. Full of anecdote, erudition and humour, this is a classic account.