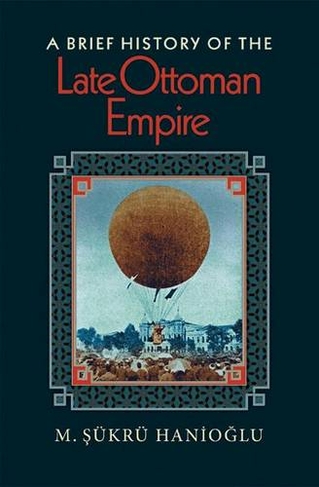 A Brief History of the Late Ottoman Empire

At the turn of the nineteenth century, the Ottoman Empire straddled three continents and encompassed extraordinary ethnic and cultural diversity among the estimated thirty million people living within its borders. It was perhaps the most cosmopolitan state in the world--and possibly the most volatile. A Brief History of the Late Ottoman Empire now gives scholars and general readers a concise history of the late empire between 1789 and 1918, turbulent years marked by incredible social change. Moving past standard treatments of the subject, M. Sukru Hanioglu emphasizes broad historical trends and processes more than single events. He examines the imperial struggle to centralize amid powerful opposition from local rulers, nationalist and other groups, and foreign powers. He looks closely at the socioeconomic changes this struggle wrought and addresses the Ottoman response to the challenges of modernity. Hanioglu shows how this history is not only essential to comprehending modern Turkey, but is integral to the histories of Europe and the world. He brings Ottoman society marvelously to life in all its facets--cultural, diplomatic, intellectual, literary, military, and political--and he mines imperial archives and other documents from the period to describe it as it actually was, not as it has been portrayed in postimperial nationalist narratives. A Brief History of the Late Ottoman Empire is a must-read for anyone seeking to understand the legacy left in this empire's ruins--a legacy the world still grapples with today. 8 Maps

M. Sukru Hanioglu is the Garrett Professor in Foreign Affairs and professor of Near Eastern studies at Princeton University. He is the author of "Preparation for a Revolution" and "The Young Turks in Opposition".