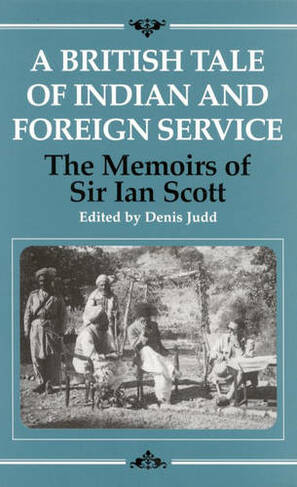 A British Tale of Indian and Foreign Service: The Memoirs of Sir Ian Scott

The memoirs of Sir Ian Scott are an important contribution to our understanding of Britain's history from before the Second World War until the late 1960s. Setting down his recollections of a long and distinguished career spent mainly in the Indian Civil Service but also as a Foreign Office official and finally as a British ambassador, Sir Ian paints an entertaining and illuminating picture of many different places. Among the great events which the book covers are the growth of Indian nationalism and the partition of the subcontinent in 1947, as well as the post-war crises in the Congo and Lebanon. Sir Ian Scott paints vivid portraits of powerful public figures such as Mountbatten, Wavell, Nehru, Jinnah, de Gaulle, Bevan, George Brown and Barbara Castle. 12ill.