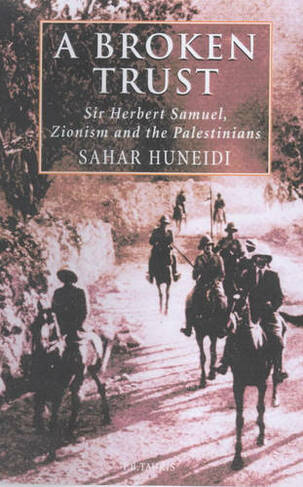 Sir Herbert Samuel, the first British High Commissioner in Mandatory Palestine (1920-1925) and only the second Jew after Disraeli to have reached such a high position in the British government, is generally seen as an impartial administrator. However, in this book, Sahar Huneidi contests this claim, arguing that most of the measures Samuel took during his time in Palestine were designed to prepare the ground not simply for the "Jewish national home" promised in both the Balfour Declaration and the Mandate of Palestine, but a Jewish state. Using a range of sources - many previously unknown - Huneidi charts Samuel's career in Palestine against the complex background of British policy in the region, the Zionist movement at its inception, and the emergent Palestinian Arab nationalist movement. Illustrations, ports.

Sarah Huneidi is an editor and historian who lives in Kuwait. She manages the ""World of Knowledge"" publishing operation for the Ministry of Culture. Foreword by Khalidi is a leading Palestinian intellectual and a widely published author.