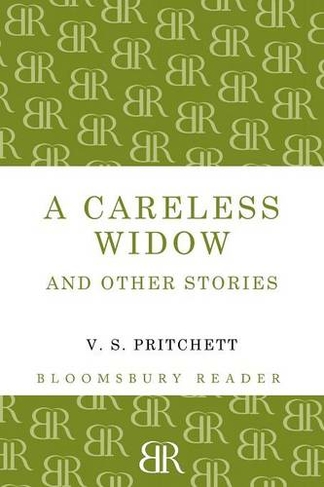 A Careless Widow and Other Stories

First published in 1989, here is England's leading man of letters-as old as the century-at the height of his powers, the incomparable V. S. Pritchett, whose brilliantly observed short stories have become classics in his own lifetime. In these six beautifully crafted stories-his latest effort-we see a master at work, casting his eye over the subjects he knows best, the ordinary men and women of England: studious fourteen- year-old Sarah, whose life is changed by a game of hide-and-seek; or Lionel Frazier, the hairdresser, who looks at a woman and sees only her head; or George Andrews, the salesman, for whom new floral carpeting is always an exciting omen. The genius of these stories is their familiarity-almost everyone will recognize a moment or a revelation of his own life in the experiences of Pritchett's utterly individual and incomparably real characters. Renowned in both the United States and England, Pritchett celebrates his eighty-ninth birthday with the publication of these six masterpieces. V. S. Pritchett's admirers and those lucky enough to be discovering him for the first time will find in A Careless Widow the work of a major talent at its best.

Victor Sawdon Pritchett was born in 1900 over a toyshop and, much to his everlasting distaste, was named after Queen Victoria. A writer and critic, his is widely reputed to be one of the best short story writers of all time, with the rare ability to capture the extraordinary strangeness of everyday life. He died in 1997.