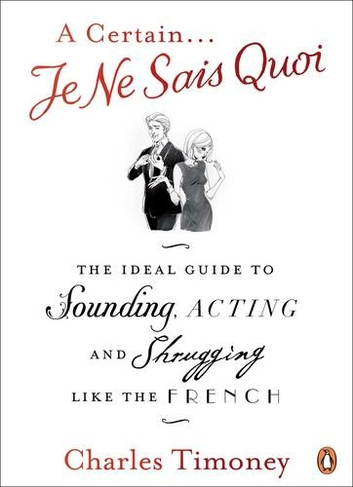 A Certain Je Ne Sais Quoi: The Ideal Guide to Sounding, Acting and Shrugging Like the French

Vocabulary alone isn't enough. To survive in the most sophisticated - and the most scathing - nation on Earth you will need to understand the many peculiarities of the (very peculiar) French culture. And for that you need A Certain Je Ne Sais Quoi. If you want to fit in with the French you'll have to know how to deal with sardonic waiters; why French children hate Charlemagne; the etiquette of kissing, joke-telling and drinking songs, what to do with a bidet, the correct recipe for a salade nicoise and, of course, how to convey absolute, shattering indifference with a single syllable (Bof!). Charles Timoney, the author of Pardon My French, provides a practical, pleasurable guide to the charms of the Gallic people - from their daily routines to their peerless gesticulations, from their come-ons to their put-downs. Read on and put the oh la la back into your French vacances. Your inner gaul will thank you for it.

When Charles Timoney and his French wife were both made redundant in the same week they decided to try living in France for a year or so. It proved much harder than expected. Charles' O level in French was little help when everyone around him consistently used a wide variety of impenetrable slang and persisted in the annoying habit of talking about things he had never heard of. But they stayed. Two decades and two thoroughly French children later, he decided to write the two books that would have saved him from so many blunders and misunderstandings along the way: Pardon My French and A Certain Je Ne Sais Quoi.