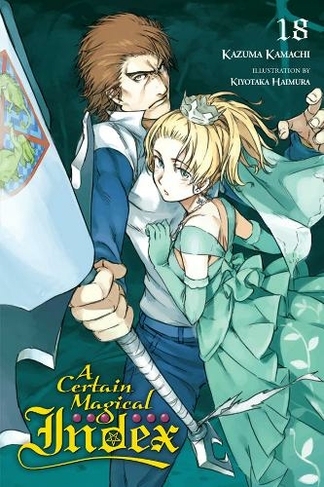 Index has returned to London on the orders of the English Puritans, only to find herself in the center of a coup-d'etat spearheaded by the Knights! After they seize most of the UK, the entire country is put under martial law while the sorcerers of the Puritan faction continue to resist. As the civil war rages, Touma Kamijou follows Index's trail to Folkestone where he unfortunately runs directly into the mastermind of the coup herself, the second princess Carissa...and God's Right Seat Acqua?!