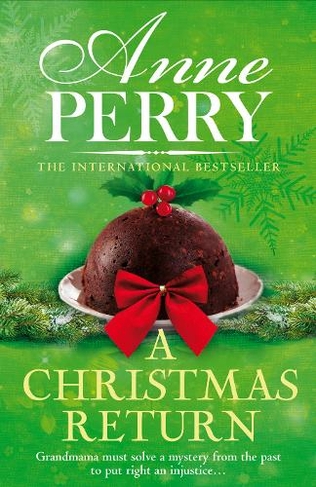 A CHRISTMAS RETURN is the 15th novella in the festive series by Anne Perry, the queen of Victorian crime. As the festive season approaches, Charlotte Pitt's grandmamma, Mariah Ellison, is facing Christmas alone. When she receives an unexpected gift, memories are sparked of a Christmas in Haslemere long ago, when her beloved friend Cullen Wesley died and a local villager was brutally murdered, with no killer brought to justice. The unsolved case has resurfaced and Cullen's grandson, Peter, begs for Mariah's help to solve the crime that led to his grandfather's death. Mariah can't resist a friend in need and she returns to Haslemere to investigate the murder and heal old wounds. But evil still lurks in the picturesque village and she'll need all her wits about her to see that justice is done. A Christmas Return is the enthralling new festive tale from the pen of Anne Perry, the master of Victorian crime.

Anne Perry is a New York Times bestselling author noted for her memorable characters, historical accuracy and exploration of social and ethical issues. Her two series, one featuring Thomas Pitt and one featuring William Monk, have been published in multiple languages. Anne Perry has also published a successful series based around World War One and the Reavley family, and the recent standalone novel The Sheen on the Silk. Anne Perry was selected by The Times as one of the twentieth century's '100 Masters of Crime'.