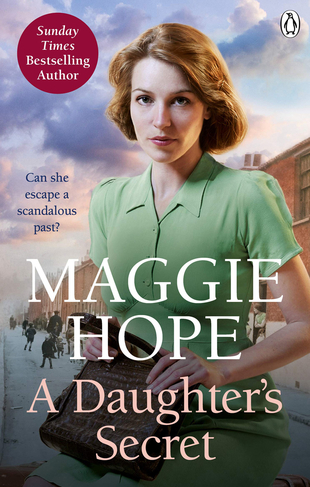 By Maggie Hope (Author)
Paperback
https://www.whsmith.co.uk/products/a-daughters-secret/maggie-hope/paperback/9781785039348-12-000.html £5.94 rrp £6.99 Save £1.05 (15%)
GBP
Availability
In Stock
Free Delivery Available When You Spend £25 Or More
Details
Spend £25 on eligible products to receive free standard delivery to home or free next working day click and collect to store
Share

Can she escape her mother's scandalous past?Cath Raine and her sister have had a difficult childhood. Abandoned by their mother who ran off with a Canadian airman, the two young girls were forced to fend for themselves in a town rife with gossip about their family. When Cath first meets the wealthy Jack Vaughan on the grounds of his father's estate, he dismisses her because of the rumours he's heard about her family. But when their paths cross again, they find themselves irresistibly drawn to each other despite their different backgrounds. However, it's soon clear her family's reputation will make a fresh start impossible. Can Cath escape her difficult upbringing and find love at last? A gripping saga perfect for fans of Katie Flynn and Dilly Court.

Maggie Hope was born in County Durham, during the Depression of the 1930s. She is the daughter of a coal miner and knows first-hand the hardships suffered by miners and their families during that time. Along with her three sisters, she was raised in a 'two-up-two-down' miner's cottage with no inside toilet. Growing up, Maggie never dreamed she could earn a living from her writing. Instead she left school at sixteen and became a nurse, collecting stories from colleagues who had served during the war. Maggie gave up nursing when she married her husband and started a family. It wasn't until she was in her 50s though that she finally began her writing career. She is now the Sunday Times bestselling author of fifteen novels.