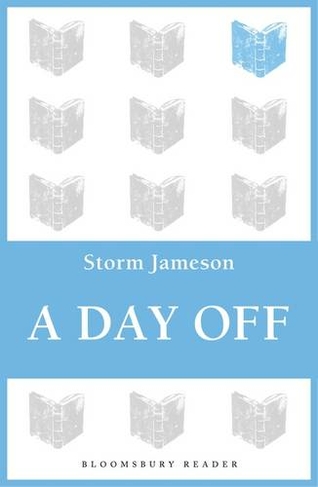 First published in 1933, this outstanding collection is made up of two short novels, A Day Off and The Single Heart, and three long stories which show the variety of the author's great writing skills that make her one of the most distinguished of women writers. In A Day Off, Jameson tells of a day in the life of a middle-aged woman. A lonely woman, snatching at any relationship she can make. It is a story of great perception and understanding but tinged with bitterness and the inevitable sadness of isolation.

Storm Jameson (1891- 1986) born to a North Yorkshire family of shipbuilders. Jameson's fiery mother, who bore three girls, encouraged Storm (christened Margaret Storm) to pursue an academic education. After being taught privately and at Scarborough municipal school she won one of three county scholarships which enabled her to read English Literature at Leeds University. She then went on to complete an MA in European Drama at King's College London.During her career Jameson wrote forty-five novels, numerous pamphlets, essays, and reviews, in an effort to make money. Her personal life suffered, and her first marriage to schoolmaster Charles Douglas Clarke was an unhappy one. After they divorced in 1925, Jameson went on to marry Guy Chapman, a fellow author, and remained with him despite her apparent rejection of normal domestic life. Storm Jameson was always politically active, helping to publish a Marxist journal in the British section of the International Union of Revolutionary Writers in 1934 and attending anti-fascist rallies.