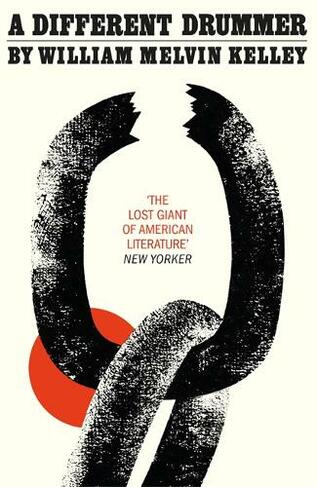 'More than lives up to the hype' Observer 'Set to become a publishing sensation' Kirsty Lang, BBC Front Row 'An astounding achievement' Sunday Times 'The lost giant of American literature' New Yorker June, 1957. One afternoon, in the backwater town of Sutton, a young black farmer by the name of Tucker Caliban matter-of-factly throws salt on his field, shoots his horse and livestock, sets fire to his house and departs the southern state. And thereafter, the entire African-American population leave with him. The reaction that follows is told across a dozen chapters, each from the perspective of a different white townsperson. These are boys, girls, men and women; either liberal or conservative, bigoted or sympathetic - yet all of whom are grappling with this spontaneous, collective rejection of subordination. In 1962, aged just 24, William Melvin Kelley's debut novel A Different Drummer earned him critical comparisons to James Baldwin and William Faulkner. Fifty-five years later, author and journalist Kathryn Schulz happened upon the novel serendipitously and was inspired to write the New Yorker article 'The Lost Giant of American Literature', included as a foreword to this edition.

Born in New York in 1937, William Melvin Kelley was an African-American writer known for his satirical explorations of race relations in America. He was just twenty-four years old when his debut novel, A Different Drummer, was first published in 1962, earning him critical comparisons to William Faulkner and James Baldwin. Considered part of the Black Arts Movement, Kelley was in 2014 officially credited by the Oxford English Dictionary with coining the political term 'woke,' in a 1962 New York Times article entitled 'If You're Woke You Dig It'. He died in February of 2017, aged 79.