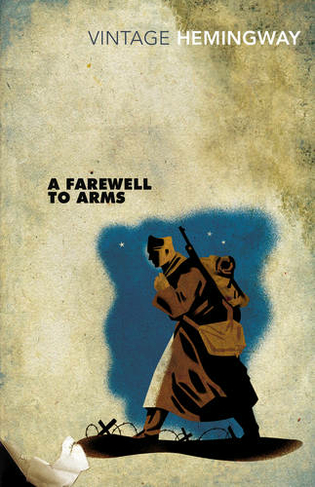 A Farewell To Arms

In 1918, Ernest Hemingway went to war. He volunteered for ambulance service in Italy, was wounded and twice decorated. Out of his experience came A Farewell to Arms. Hemingway's description of war is unforgettable. He recreates the fear, the comradeship, the courage of his young American volunteer, and the men and women he meets in Italy, with total conviction. But A Farewell to Arms is not only a novel of war. In it Hemingway has also created a love story of immense drama and uncompromising passion.

Ernest Hemingway was born in Chicago in 1899, the second of six children. In 1917, he joined the Kansas City Star as a cub reporter. The following year, he volunteered as an ambulance driver on the Italian front, where he was badly wounded but decorated for his services. He returned to America in 1919, and married in 1921. In 1922, he reported on the Greco-Turkish war before resigning from journalism to devote himself to fiction. He settled in Paris, associating with other expatriates like Ezra Pound and Gertrude Stein. He was passionately involved with bullfighting, big-game hunting and deep-sea fishing. Recognition of his position in contemporary literature came in 1954 when he was awarded the Nobel Prize for Literature, following the publication of The Old Man and the Sea. He died in 1961.

A Farewell To Arms
A Farewell To Arms
Ernest Hemingway
Paperback
Special order item not currently available. We'll try to order for you
https://www.whsmith.co.uk/products/a-farewell-to-arms/ernest-hemingway/paperback/9780099273974.html £7.37 rrp £8.99 Save £1.62 (18%)
GBP