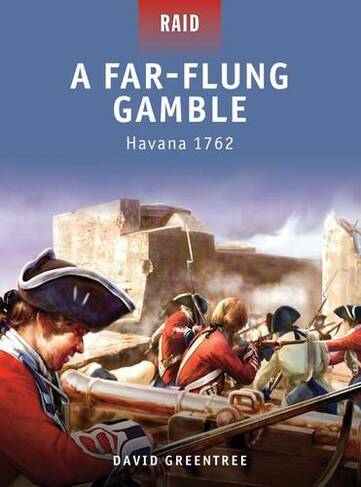 At the height of the Seven Years' War, Great Britain made an audacious strike at the heart of Spanish colonial power in the Caribbean. Gathering troops from bases in Britain and Canada and sailing across the Atlantic in secrecy was an incredible feat. The raid on Havana took Spanish colonial forces completely by surprise and following vicious fighting, the city defences at El Moro collapsed. Havana, the jewel in the Spanish colonial crown, now belonged to Britain. The success of the raid influenced British military policy for centuries as the true potential off amphibious warfare was realized. Illustrations (chiefly col.)

David Greentree was born in Portsmouth in 1970. He attended Portsmouth Grammar School, where he developed an interest in military history. He studied for a degree in History at York before taking an MA in War Studies from King's College, London, and then qualified as a lecturer in further education in Cardiff. In 1995 he accepted a commission into the Royal Air Force. He has served in a variety of locations, including most recently a detachment to Afghanistan in 2006. Currently he works for the Ministry of Defence in London. His other interests include sailing in the Baltic and going on battlefield tours, both with the armed forces, and writing about them when he returns.