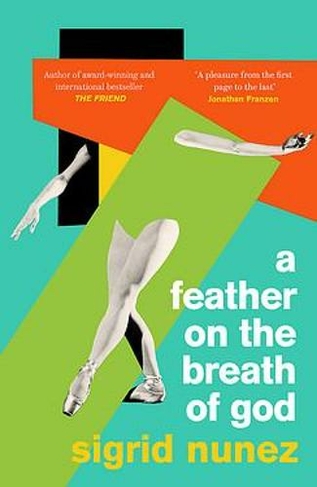 A Feather on the Breath of God

From Sigrid Nunez, the National Book Award-winning and bestselling author of The Friend, comes this mesmerising story about the tangled nature of relationships between parents and children, between language and love. 'A pleasure from the first page to the last' JONATHAN FRANZEN A young woman looks back to the world of her immigrant parents: a Chinese-Panamanian father and a German mother, who meet in postwar Germany and settle in New York City. Growing up in a housing project in the 1950s and 1960s, the narrator escapes into dreams inspired both by her parents' stories and by her own reading and, for a time, into the otherworldly life of ballet. A yearning homesick mother, a silent and withdrawn father, the ballet-these are the elements that shape the young woman's imagination and her sexuality. 'A forceful novel by a writer of uncommon talent' NEW YORK TIMES BOOK REVIEW

Sigrid Nunez has published seven novels, including A Feather on the Breath of God, The Last of Her Kind, Salvation City, and, most recently, The Friend. She is also the author of Sempre Susan: A Memoir of Susan Sontag. The Friend, a New York Times bestseller, won the 2018 National Book Award and was a finalist for the 2019 Simpson/Joyce Carol OatesPrize. In France, it was longlisted for the 2019 Prix Femina and named a finalist for the 2019 Prix du Meilleure Livre. It has also been longlisted for the 2020 International Dublin Literary Award.Nunez's other honors and awards include a Whiting Writer's Award, a Berlin Prize Fellowship, the Rosenthal Family Foundation Award, and the Rome Prize in Literature. Among the journals to which she has contributed are The New York Times, The New York Times Book Review, The Wall Street Journal, The Paris Review, Threepenny Review, Harper's, McSweeney's, Tin House, The Believer and newyorker.com. Her work has also appeared in several anthologies, including four Pushcart Prize volumes and four anthologies of Asian-American literature. One of her short stories has been selected for The Best American Short Stories 2019. Her work has been translated into ten languages and is in the process of being translated into thirteen more.Nunez has taught at Columbia, Princeton, and the New School, and has been a visiting writer or writer in residence at Amherst, Smith, Baruch, Vassar, Syracuse, and the University of California, Irvine, among others. Currently teaching at Boston University, she has also been on the faculty of the Bread Loaf Writers' Conference and of severalother writers' conferences across the country. She lives in New York City.www.sigridnunez.com