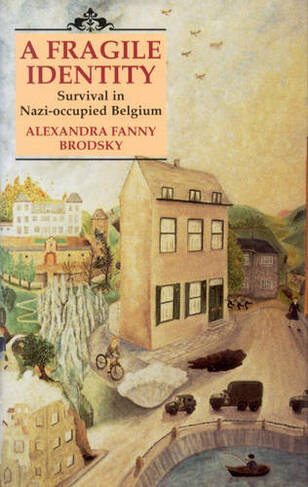 This is a moving, sharp-edged and tense story, haunted by fear of betrayal and disaster, of a Jewish family, and the author's formative years, in Belgium during the German occupation. Alexandra Harris's father is arrested by the Gestapo and deported, her mother has to take refuge in a convent in Flanders, Alexandra, then only seventeen, receives death-threats, and she and her sister depart and assume different names. At first Alexandra becomes a student in a Catholic boarding school in the Ardennes, but another pupil in a similar situation discovers her true identity and spreads false rumors about her. In 1943, she transfers to a job in occupied Namur. However, her immersion in this environment does not eliminate the constant danger and risk of betrayal that hangs over her. She lives in fear right up to the liberation by American forces, and even then her euphoria is dampened by her concern over the fate of her family. For the general reader and the historian Fragile Identity shows what it was really like to experience these ghastly years. Illustrations, ports.

Alexandra Fanny Brodsky is a linguist with a particular interest in nineteenth and twentieth century European literature, history and art.