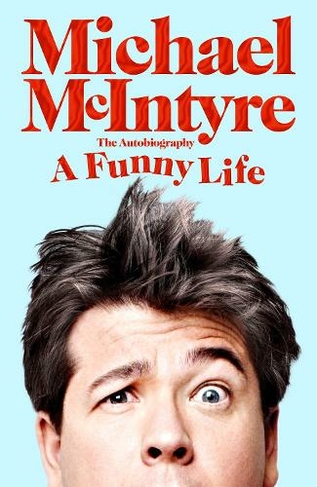 In A Funny Life -Michael McIntyre's second autobiography, released in 2021- the superstar comedian shares his incredible journey through fame since his big break at the 2006 Royal Variety Performance.

With his trademark observational wit and absolute candour, Michael looks back on the incredible highs and lows on the journey to becoming the biggest-selling comedian in the world. Written during lockdown, Michael McIntyre's autobiography picks up where his last one left off; just on the cusp of being catapulted into stardom. From record-breaking gigs to his primetime TV show - Michael McIntyre's Big Show - A Funny Life relives the phenomenal, once-in-a-lifetime moments that have shaped Michael's career.

Refusing to shy away from the disasters that happened along the way too, you'll find it impossible not to laugh along with Michael as he explains why becoming a talent judge just wasn't for him, and the story of losing his trousers in front of three policemen. Life has certainly been unusual, silly, and at times stressful for Michael, but above all it has been a funny life.

Michael McIntyre's spot-on observational comedy and ability to turn everyday situations into masterclasses of human exasperation have struck a chord with millions of fans, making him one of the most successful comedians in the world. He holds the record for highest-selling artist at London's The O2, the UK's biggest arena, after twenty-eight sold-out shows. Michael's Big World Tour saw him sell over 800,000 tickets across the globe, culminating with him recording his Netflix special at the London Palladium.In addition to stand-up, Michael hosts the smash-hit television shows Michael McIntyre's Big Show (which won him a BAFTA for Best Entertainment Performance) and Michael McIntyre's The Wheel. His first book, Life and Laughing, was a number one bestseller.