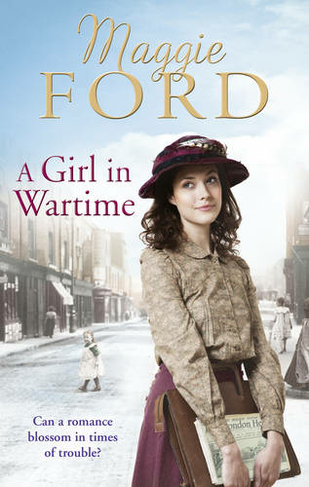 A Girl in Wartime

There's no escape from the effects of war... It's June 1914 and young Connie Lovell should be helping with the war effort. Instead, she applies for a job at the London Herald, where she meets the handsome editor Stephen Clayton. Nine years her senior, she knows her family won't approve. She is helplessly drawn to him, and despite a past he won't talk about, he is undeniably attracted to her. But as the war rages on, will Stephen be forced to enlist, and can their union survive the consequences?

Maggie was born in the East End of London but at the age of six she moved to Essex, where she has lived ever since. After the death of her first husband, when she was only twenty-six, she went to work as a legal secretary until she remarried in 1968. She has a son and two daughters, all married; her second husband died in 1984.She has been writing short stories since the early 1970s.