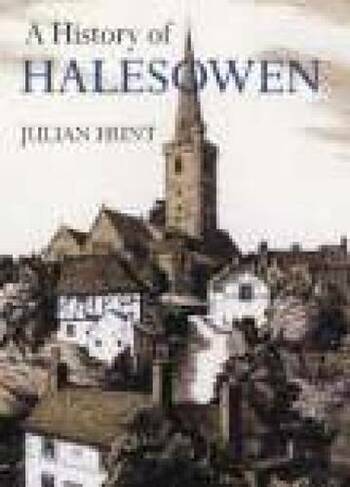 A History of Halesowen

Halesowen is an old place. It was planned and laid out by the monks of the Premonstratensian Abbey of Hales - founded by King John - whose Abbot obtained permission to hold a market and a fair as long ago as 1220. Much has been written about its medieval past and William Shenstone's landscape gardens at the Leasowes, but this new history of the town is the first to explore fully the growth of its industry, involving all levels of society in the manufacture of iron and its use in a host of products. Despite its proximity to rural Worcestershire, Julian Hunt maintains that it is really part of the Black Country. Having traced the history of Hales Furnace, with its voracious appetite for charcoal, and the development of the forges and slitting mills on the River Stour, which enabled local craftsmen to fashion nails on the hearths behind their cottages, he identifies the nail ironmongers who controlled the trade and describes their business premises. He shows how they were involved in the promotion of turnpike roads, canals and railways with dramatic effect on the economy and landscape. In addition to an account of the churches and schools that catered for the needs of the growing town, he also traces the history of each shop and public house on the main streets, splendidly illustrated with elevations of the buildings specially prepared by the popular local artist, Bill Hazlehurst. These drawing should be of special interest to younger readers and more recent inhabitants in revealing the happy confusion of building styles that gave great character to the town before its redevelopment in the 1960s. The author discusses the motives of local councillors determined that Halesowen's architectural heritage should not impede 'progress'. A significant contribution to the published history of both Worcestershire and the Black Country, this very readable and well-illustrated new book will be warmly welcomed in Halesowen and the surrounding area. It puts the town's past and pres

Julian Hunt was a member of staff at Birmingham Reference Library and his first book, Arriving at Dinas Mawddwy, was published in 1973. Three years later he became Local Studies Librarian in Oldham, where he was co-author of Cotton Mills of Oldham, now in its third edition. In 1988 he moved to Buckinghamshire County Library and has written numerous histories of Buckinghamshire market towns, including the highly regarded History of Amersham. Retiring in 2003, he since devoted himself to the organization of the research into Halesowen for the present book