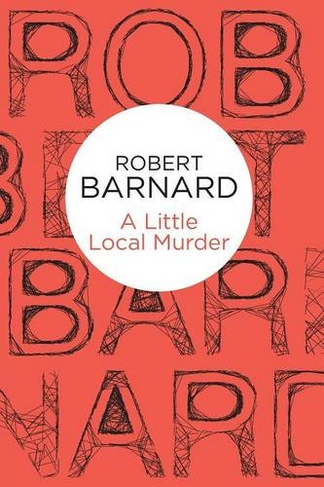 Radio Broadwich decides to do a documentary on the small village of Twytching for international broadcast, and the townspeople divide between those who seek the patronage of Mrs. Deborah Withins, arbiter of taste and morals, and those determined to displace her in the cutthroat contest for media recognition. When a rash of poison-pen letters and a murder coincide, quiet inspector George Parrish begins to uncover secrets the leading citizens of Twytching had thought, and fervently hoped, were buried. A Little Local Murder skilfully demonstrates that no one is more cunning than Robert Barnard in preparing the reader for the totally unexpected. And the incisive character portrayals in this early gem impart a dimension rarely found in English detective fiction. `Barnard's sharp and funny style and cast of eccentric characters make a clever mystery of small-town backbiting' Kirkus Reviews

Robert Barnard is a well-established crime writer. He has won the prestigious Nero Wolfe Award as well as the Anthony, Agatha and Macavity Awards, has been nominated eight times for the Edgar Award and was the winner of the 2003 CWA Cartier Diamond Dagger Award for a lifetime of achievement. He has also written crime novels under the pseudonym of Bernard Bastable. He lives with his wife in Leeds and has had over 45 titles published in the UK and US.