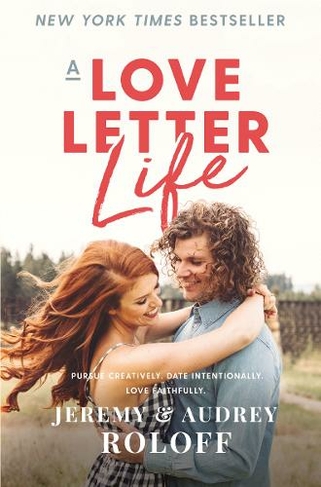 NEW YORK TIMES BESTSELLER More than 2.3 million people watched as Jeremy and Audrey Roloff shared their vows and committed their lives to each other. Now for the first time, the former co-stars of TLC's hit show Little People, Big World share their imperfect, resilient, and inspiring love story. As Jeremy and Audrey write, if you can fall into love, you can fall out. True love is something you choose to live out each day through your actions, decisions, and sacrifices. To find and still seek, now that is love. From the moment you meet your potential spouse, you can be intentional about shaping a beautiful love story, uniquely written for who God created you both to be. Whether you're single and searching, in a serious dating relationship, or desiring to love your spouse better, Jeremy and Audrey equip you to pursue an intentional, creative, and faithful love story by sharing theirs. The journey to their wedding day was the culmination of a bumpy and complicated dating relationship. From health problems, to emotional walls, to being separated by one thousand miles, the couple faced daunting obstacles. But their unique approach to dating empowered them to write an uncommon love story and prepared them for married life. Because as beautiful as their wedding was, the Roloffs made a point to prepare more for their marriage than their wedding day. Told through both Jeremy's and Audrey's voices, A Love Letter Life tells a passionate and persevering story of relatable struggles, hard-learned lessons, practical tips, and devout commitment. In these pages, they encourage you to stop settling for convenient relationships, offer perspective on male and female differences in dating, tackle tough topics like purity, give their nine rules for fighting well, suggest fun ideas for connection in a world of technology, and provide fresh advice on how to intentionally pursue a love story that never ends.

Jeremy Roloff grew up on a 110-acre farm in Helvetia, Oregon, alongside his twin brother and two younger siblings. Jeremy helps his parents, who are both dwarfs, run Roloff Farm's pumpkin patch, which brings in thousands of visitors from around the world every weekend in October. Jeremy has a degree in professional photography and is the cofounder of Beating50Percent.com, a marriage ministry on mission to revive covenant marriages. He also grew up filming for a reality television show called Little People, Big World, which has been following his family since he was fourteen years old. He is a 9 on the enneagram, loves old cars, and will never pass up an evening by the campfire. Audrey Roloff is a fiery redhead from Portland, Oregon, where her parents taught her to ski before she could walk and raised her to know and love Jesus. She was the captain of the Oregon State Cross Country and Track team in college where she earned a degree in marketing and entrepreneurship. Audrey shares life, faith, and motherhood on her blog at aujpoj.com. She is passionate about motivating women to always believe in the more that is within them, and she spreads this mission through her devotionals and clothing line. She is also the cofounder of Beating50Percent.com, a marriage ministry, with her husband, Jeremy. She's an 8 on the enneagram, drinks her coffee beige, and loves all things floral.