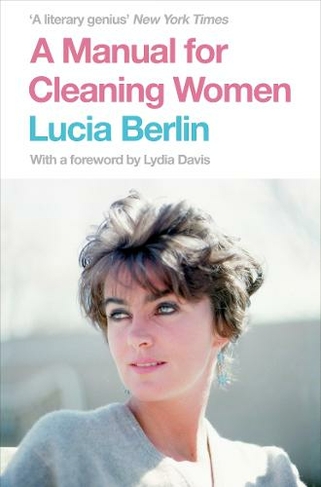 The New York Times bestseller 'This selection of 43 stories should by all rights see Lucia Berlin as lauded as Jean Rhys or Raymond Carver' - Independent The stories in A Manual for Cleaning Women make for one of the most remarkable unsung collections in twentieth-century American fiction. With extraordinary honesty and magnetism, Lucia Berlin invites us into her rich, itinerant life: the drink and the mess and the pain and the beauty and the moments of surprise and of grace. Her voice is uniquely witty, anarchic and compassionate. Celebrated for many years by those in the know, she is about to become - a decade after her death - the writer everyone is talking about. The collection will be introduced by Lydia Davis. 'With Lucia Berlin we are very far away from the parlours of Boston and New York and quite far away, too, from the fiction of manners, unless we are speaking of very bad manners . . . The writer Lucia Berlin most puts me in mind of is the late Richard Yates.' - LRB, 1999

Lucia Berlin (1936-2004) worked brilliantly but sporadically throughout the 1960s, '70s and '80s. Her stories are culled from her early childhood in various Western mining towns; her glamorous teenage years in Santiago, Chile; three failed marriages; a lifelong problem with alcoholism; her years spent in Berkeley, New Mexico, and Mexico City; and the various jobs she later held to support her writing and her four sons, including as a high-school teacher, a switchboard operator, a physician's assistant, and a cleaning woman.