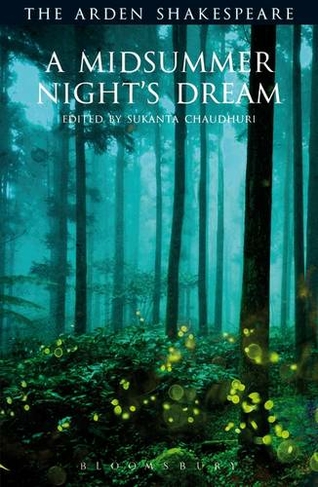 By William Shakespeare (Author), Sukanta Chaudhuri (Contributor)
Paperback
https://www.whsmith.co.uk/products/a-midsummer-nights-dream-third-series/william-shakespeare/sukanta-chaudhuri/paperback/9781408133491-12-000.html N/A
GBP
Availability
Currently unavailable. We dont know when or if this item will be back in stock
Free Saver Delivery on orders over £25
Details
FREE SHIPPING over £25 for Saver Delivery
Share

The Arden Shakespeare is the established edition of Shakespeare's work. Justly celebrated for its authoritative scholarship and invaluable commentary, Arden editions guide you to a richer understanding and appreciation of Shakespeare's plays. This edition of A Midsummer Night's Dream provides a clear and authoritative text, detailed notes and commentary on the same page as the text and a full introduction discussing the critical and historical background to the play. The editor brings fresh perspectives on global productions and adaptations of this most-loved of Shakespeare's comedies. 21 bw illus

Sukanta Chaudhuri is Professor Emeritus at Jadavpur University, Kolkata. His publications include Infirm Glory: Shakespeare and the renaissance Image of Man (Oxford, 1981), Renaissance Pastoral and Its English Developments (Oxford, 1989) and The Metaphysics of Text (Cambridge, 2010). He has edited the two-volume Pastoral Poetry of the English Renaissance (Manchester, 2016) besides other early modern texts and collections of essays. He was chief co-ordinator of Bichitra, the online variorum of the works of Rabindranath Tagore, and has translated widely from Bengali to English.