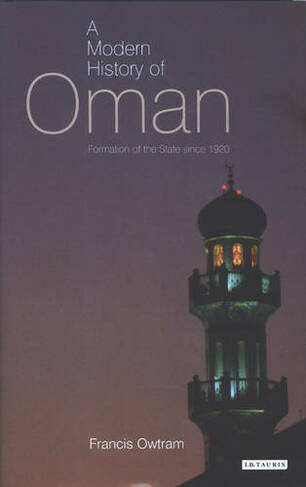 A Modern History of Oman: Formation of the State Since 1920 (Library of Modern Middle East Studies v.30)

British policy in the Middle East was summed up by Arthur James Balfour, former Prime Minister and Foreign Secretary: Britain needed A'supreme economic and political control...exercised...in friendly and unostentatious co-operation with the Arabs, but nevertheless, in the last resort to be exercisedA'. Thus not only the Middle East in general and the Persian Gulf region in particular should be incorporated into the security system of the British Empire. In Oman the mountainous interior was separated from the British-backed Sultanate of Muscat which by the Treaty of Sib in 1920 was restructured with British officials. The region was traditionally important for protection of the route to India but became vital when oil was found in Bahrain in 1932. This marked a new phase in the incorporation of the region into the capitalist world system. In 1955 the interior of Oman was occupied by the Sultan backed by British forces. Sultan QabusA's coup of 1970 confirmed British influence, later to be replaced by the USA after British withdrawal in 1977. British and later the American incorporation of Oman into the WestA's sphere of influence and international relations strategy have therefore been vital in forming the modern Oman state.

Francis Owtram carried out his research at the London School of Economics and is a Research Fellow at the School of Social Sciences, University of Southampton.