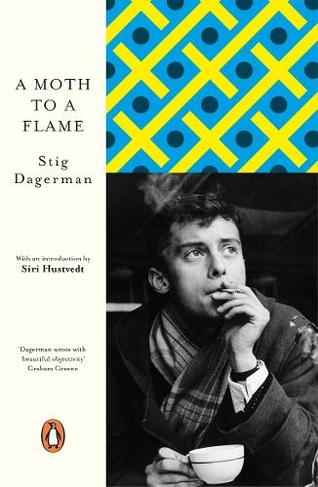 A Moth to a Flame

'A startling novel of ferocious psychological acumen, which, to my mind, deserves a large, international readership... very much a book for our times' Siri Hustvedt, from the introduction 'A literary giant in Sweden, Dagerman conjures a Strindbergian atmosphere of shadowy menace in his brief, intense novel, A Moth to a Flame... This moody, death-haunted novel is well worth reading' Evening Standard In 1940s Stockholm, a young man named Bengt falls into deep, private turmoil with the unexpected death of his mother. As he struggles to cope with her loss, his despair slowly transforms to rage when he discovers that his father had a mistress. Bengt swears revenge on behalf of his mother's memory, but he soon finds himself drawn into a fevered and forbidden affair with the very woman he set out to destroy . . . Written in a taut, restrained style, A Moth to a Flame is an intense exploration of heartache and fury, desperation and illicit passion. Set against a backdrop of the moody streets of Stockholm and the Hitchcockian shadows in the woods and waters of Sweden's remote islands, this is a psychological masterpiece by one of Sweden's greatest writers. 'Dagerman wrote with beautiful objectivity. Instead of emotive phrases, he uses a choice of facts, like bricks, to construct an emotion' Graham Greene 'Dagerman can evoke such emotion in a single sentence' Colm Toibin 'There are some writers (Kafka and Lorca immediately spring to mind) who come to enjoy the status of saint; their lives and deaths constitute statements about existence and its proper priorities. A saint of this type is the Swedish writer Stig Dagerman' Times Literary Supplement 'This searing tale of bereavement and loathing feels all too relevant today' Guardian

Stig Dagerman (1923-1954) was regarded as the most talented writer of the Swedish postwar generation. He wrote his first novel at twenty-two, and received widespread acclaim; critics compared his writing to the likes of Kafka, Faulkner and Camus. Over the course of the next five years he published prolifically, always to immense success, before suddenly falling silent. In 1954 Sweden was stunned to learn that he had taken his own life, at the age of thirty-one.