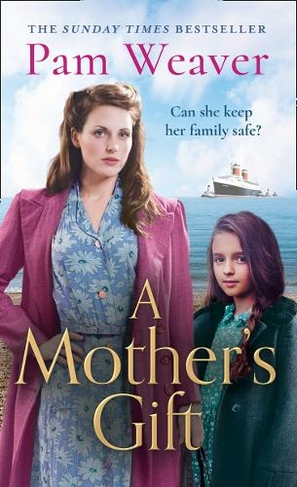 By Pam Weaver (Author)
Hardback
https://www.whsmith.co.uk/products/a-mothers-gift/pam-weaver/hardback/9780008308681-12-000.html £8.19 rrp £9.99 Save £1.80 (18%)
GBP
Availability
In Stock
Free Delivery Available When You Spend £25 Or More
Details
Spend £25 On Products To Receive Free Standard Delivery To Your Home Or Free Next Working Day Click And Collect To Store
Share

Previously published as 'There's Always Tomorrow'. A dramatic read from Sunday Times bestseller, Pam Weaver, filled with family, scandal and friendships that bring hope in the darkness. The perfect read for fans of Katie Flynn and Maureen Lee. When Dottie's husband Reg receives a mysterious letter through the post, Dottie has no idea this letter will change her life forever. Traumatised by his experiences fighting in World War II, Reg isn't the same man that Dottie remembers when he is demobbed and returns home to their cottage in Worthing. Once caring and considerate, Reg has become violent and cruel. Dottie just wants her marriage to work but nothing she does seems to work. The letter informs Reg that he is the father of a child born out of a dalliance during the war. The child has been orphaned and sole care of the young girl has now fallen to him. He seems delighted but Dottie struggles with the idea of bringing up another woman's child, especially as she and Reg are further away than ever from having one of their own. However, when eight-year-old Patsy arrives a whole can of worms is opened and it becomes clear that Reg has been very economical with the truth. But can Dottie get to the bottom of the things before Reg goes too far?

Pam Weaver is married with grown-up children. Her first novel, There's Always Tomorrow was published by Avon in July 2011. She lives in Worthing.