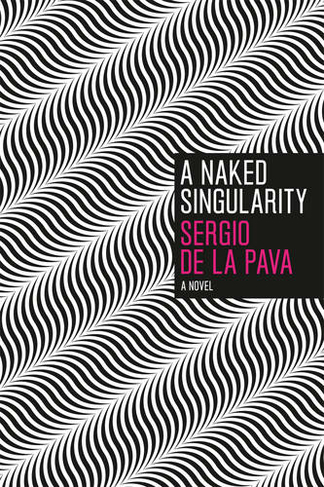 A Naked Singularity A Novel

The University of Chicago Press doesn't generally publish new American fiction. But last winter we started hearing from people we trusted about a stunning debut novel that no trade house had been willing to take a chance on-to the point that the author had given up and self-published it. We got a copy, and we were blown away. It's not hard to see why publishers would be scared off by this book: it's a 700-page first novel by a nobody with no connections. But what's a university press for if not to publish books we believe in that don't necessarily fit into the hit machine? And we believe in this book: it's an epoch-defining kind of novel, and the announcement of a once-in-a-generation kind of talent. "A Naked Singularity" is about Casi, a child of Colombian immigrants who lives in Brooklyn and works in Manhattan as a public defender - one who, tellingly, has never lost a trial. Never. In the book, we watch what happens when his sense of justice and even his sense of self begin to crack - and how his world then slowly devolves. It's a huge, ambitious novel clearly in the vein of DeLillo, Foster Wallace, Pynchon, and even Melville, and it's told in a distinct, frequently hilarious voice, with a striking human empathy at its center. Its panoramic reach takes readers through crime and courts, immigrant families and urban blight, media savagery and media satire, scatology and boxing, and even a breathless heist worthy of any crime novel. If "Infinite Jest" stuck a pin in the map of mid-90s culture and drew its trajectory from there, "A Naked Singularity" does the same for the feeling of surfeit, brokenness, and exhaustion that permeates our civic and cultural life today. In the opening sentence of William Gaddis' "A Frolic of His Own", a character sneers, "Justice? You get justice in the next world. In this world, you get the law." "A Naked Singularity" reveals the extent of that gap, and lands firmly on the side of those who are forever getting the law.

Sergio De La Pava is a writer who does not live in Brooklyn.