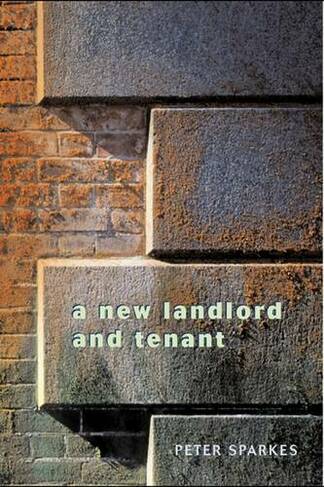 A New Landlord and Tenant

By Peter Sparkes (Author)
Paperback
https://www.whsmith.co.uk/products/a-new-landlord-and-tenant/peter-sparkes/paperback/9781841130231-01-000.html £56.39 rrp £59.99 Save £3.60 (6%)
GBP
Availability
Currently unavailable. We don't know when or if this item will be back in stock
With Free Saver Delivery
Details
FREE SHIPPING over £20 for Saver Delivery
Share

This book is designed to complement the author's A New Land Law,integrating with that work in its simplified terminology, and emphasising a three-fold functional classification of leases - short residential tenancies, long residential leases and commercial leases. Rented housing is treated as a unified whole, with particular prominence being given to shorthold arrangements. The book includes reference to the changes to the allocation and homelessness regimes proposed by Part II of the Homes Bill 2000. It also considers the impact of the Human Rights Act 1998, the changes to repossession procedures implemented by the Woolf Reforms, and the year 2000 bumper crop of decisions on housing law. Leasehold tenure is undergoing dramatic changes. The book draws a functional distinction between long residential leases and rental arrangements, based on the registrability of long leases, their freedom from rent controls and security of tenure, special controls of management and forfeiture, and enfranchisement rights. Extensive coverage is given to the Commonhold and Leasehold Reform Bill 2000, introduced into the House of Lords in December 2000, and promising improvements in the enfranchisement schemes, additional management controls, and a commonhold scheme. Topics on commercial leases (business and agricultural) given special attention include the reasonable recipient principle for the construction of notices, a decision on the effect on a sub-tenant of an upwards notice to quit by his head tenant, and Law Commission proposals on the Termination of Tenancies (1999). Contents: 1. Renting 2. Contractual Duration 3. Shortholds 4. Allocation and Homelessness 5. Full Residential Security 6. Limited Security Arrangements 7. Tied Accommodation 8. Domestic Protection 9. Residential Rents 10. Condition of Rented Property 11. Assignment 12. Peaceful Occupation 13. Residential Repossession 14. Leasehold Homes 15. Individual Enfranchisement 16. Flat Schemes 17. Commonhold 18. Right to Buy 19. Commercial Grants 20. Renewable Business Leases 21. Termination without Renewal 22. Agricultural Leases 23. Freedom of Business Contract 24. Business Rents 25. Repairs to Business Premises 26. Business Leases of Part 27. Dealings 28. Running of Covenants 29. Forfeiture tables, index

Peter Sparkes is Professor of Law at the University of Southampton.