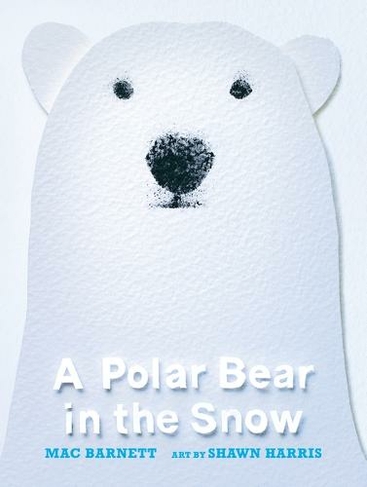 A Polar Bear in the Snow

By Mac Barnett (Author), Shawn Harris (Illustrator)
Hardback
£10.65 rrp £12.99 Save £2.34 (18%)
GBP
Availability
In Stock
Free Delivery Available When You Spend £15 Or More
Details
Spend £15 On Products To Receive Free Standard Delivery To Your Home Or Free Next Day Click and Collect To Stores
Share

A majestic polar bear heads out on a mysterious walk in a dazzling, playful collaboration from an exciting pair of picture-book creators. Follow a magnificent polar bear through a fantastic world of snow and shockingly blue sea. Over the ice, through the water, past Arctic animals and even a human ... where is he going? What does he want? Acclaimed author Mac Barnett's narration deftly balances suspense and emotion, as well as poignant, subtle themes, compelling us to follow the bear with each page turn. Artist Shawn Harris's striking torn-paper illustrations layer white-on-white hues, with bolts of blue and an interplay of shadow and light, for a bear's-eye view of a stark yet beautiful landscape. Simple and thought-provoking, illuminating and intriguing, this gorgeous story will have readers pondering the answer to its final question long after the polar bear has continued on his way.

Mac Barnett is the author of several picture books, including Chloe and the Lion and Guess Again!, which TIME Magazine named the no. 2 Picture Book of 2010. He also writes the Brixton Brothers series of mysteries. Mac is the founder of the Echo Park Time Travel Mart, a convenience store for time travellers, and serves on the board of 826LA, a not-for-profit writing and tutoring centre in LA. His collaborations with Jon Klassen, Extra Yarn and Sam & Dave Dig a Hole, have both won the Caldecott Honor. He lives in California, USA.Shawn Harris is an artist and musician who began his career by doing record and poster art for his band, the Matches, in 2003. Since then he has created art for musicians such as Adele, Snoop Dogg, and 311. His first picture book, Her Right Foot, was written by Dave Eggers. Shawn Harris lives in California, USA.