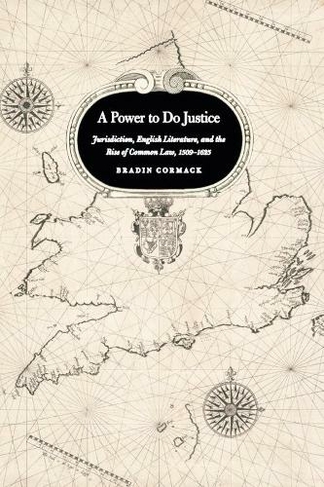 A Power to Do Justice: Jurisdiction, English Literature, and the Rise of Common Law

English law underwent rapid transformation in the sixteenth century in response to the Reformation and the growing power of the legal profession. In "A Power to Do Justice", Bradin Cormack argues that jurisdictional encounters and crises made visible the law's resemblance to the literary arts, and that Renaissance writers engaged with the concept of jurisdiction to reflect both on the nature of law and on their own imaginative practice. Reassessing the relationship between English literature and law from More to Shakespeare and Webster, Cormack shows that where literary texts attend to jurisdiction, they dramatize how boundaries and limits are the very precondition of law's power. 21 halftones

Bradin Cormack is associate professor of English at the University of Chicago and coauthor of Book Use, Book Theory: 1500-1700.