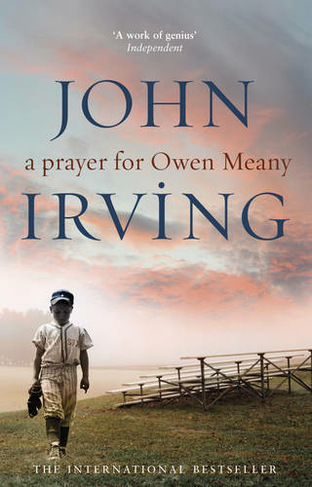 A Prayer For Owen Meany

'If you care about something you have to protect it. If you're lucky enough to find a way of life you love, you have to find the courage to live it.' Eleven-year-old Owen Meany, playing in a Little League baseball game in Gravesend, New Hampshire, hits a foul ball and kills his best friend's mother. Owen doesn't believe in accidents; he believes he is God's instrument. What happens to Owen after that 1953 foul ball is both extraordinary and terrifying.

John Irving published his first novel, Setting Free the Bears, in 1968. He has been nominated for a National Book Award three times - winning once, in 1980, for the novel The World According to Garp. He also received an O. Henry Award in 1981 for the short story 'Interior Space'. In 1992, he was inducted into the National Wrestling Hall of Fame in Stillwater, Oklahoma. In 2000, he won the Oscar for Best Adapted Screenplay for The Cider House Rules - a film with seven Academy Award nominations. In 2001, he was elected to the American Academy of Arts and Letters. His most recent novel is Last Night in Twisted River.