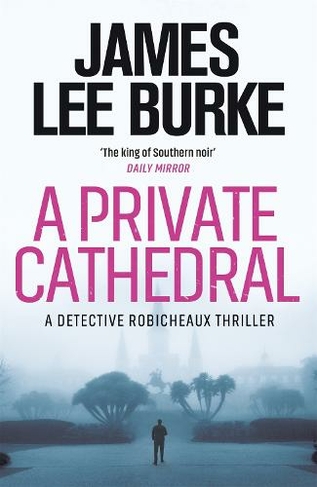 By James Lee Burke (Author)
Paperback
£7.37 rrp £8.99 Save £1.62 (18%)
GBP
Availability
PRE-ORDER released 10 December 2020
Free Delivery Available When You Spend £15 Or More
Details
Spend £15 On Products To Receive Free Standard Delivery To Your Home Or Free Next Day Click and Collect To Stores
Share

Detective Dave Robicheaux is caught in the crossfire of Louisiana's oldest and bloodiest gangland feud... From the wreckage of Louisiana's oldest and family rivalry, Detective Dave Robicheaux faces his most sinister enemy yet . . . Isolde and Johnny - the star-crossed teenage heirs to New Iberia's criminal empires - have run away together, and Robicheaux is tasked with finding them. But when his investigation brings him too close to both Isolde's mother and her father's mistress, the venomous mafioso orders a hit on Robicheaux and his partner, Clete Purcel. In order to rescue the young lovers, and save hi self, Robicheaux must face a terrifying time-traveling superhuman hitman capable of inflicting horrifying hallucinations on his victims, and overcome the demons that have tormented him his whole life...

James Lee Burke is the author of many novels, and the critically-acclaimed, bestselling Detective Dave Robicheaux series. He won the Edgar Award for both Cimarron Rose and Black Cherry Blues, and Sunset Limited was awarded the CWA Gold Dagger. Two For Texas was adapted for television, and Heaven's Prisoners and In the Electric Mist for film. Burke has been a Breadloaf Fellow and Guggenheim Fellow, has been awarded the Grand Master Award by the Mystery Writers of America and has been nominated for a Pulitzer award. He lives with his wife, Pearl, in Missoula, Montana.www.jamesleeburke.com