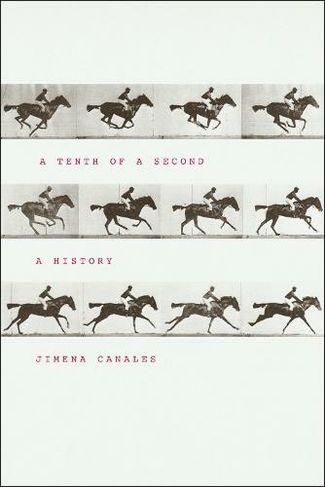 A Tenth of a Second: A History

In the late fifteenth century, clocks acquired minute hands. A century later, second hands appeared. But it wasn't until the 1850s that instruments could recognize a tenth of a second, and, once they did, their impact on modern science and society was profound. Tracing debates about the nature of time, causality, and free will, as well as the introduction of modern technologies - telegraphy, photography, cinematography - Jimena Canales locates the reverberations of this "perceptual moment" throughout culture. Once scientists associated the tenth of a second with the speed of thought, they developed reaction-time experiments with lasting implications for experimental psychology, physiology, and optics. Canales traces such developments and the resulting technologies and laboratory practices to provide a provocative new perspective on our device-driven existence. Revealing the history behind this infinitesimal interval, "A Tenth of a Second" sheds new light on modernity and illuminates the work of important thinkers of the last two centuries. 33 halftones

Jimena Canales is associate professor of the history of science at Harvard University.