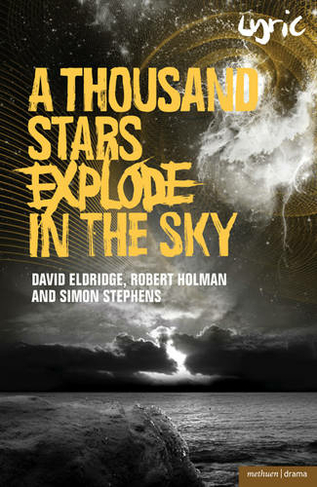 A Thousand Stars Explode in the Sky

On a farm in the North East of England a family gathers. Five brothers and four generations feature in an epic play about hope, love, fear and the very end of time. A Thousand Stars Explode in the Sky is a refreshingly subtle and compassionate vision of the world on the edge of apocalypse. Within a cosmological context, the focus is on a single family, their relations with each other and their unreconciled regrets, soon to become permanent. With an ensemble of strong, engaging characters, there are knotty, realistic family dynamics and a palimpsest of recent family history. The characters and dialogue are naturalistic but the serious themes are elucidated and alleviated with humour and quirky, surreal touches. The play represents a unique collboration between three of the UK's pre-eminent stage writers. The ambition of the partnership is matched by the ambition of the play's sweeping scope. Whilst the three voices collide, they also ring out individually without sacrificing the piece's coherent wholeness, and the play represents a rare, fascinating study in stage collaboration.