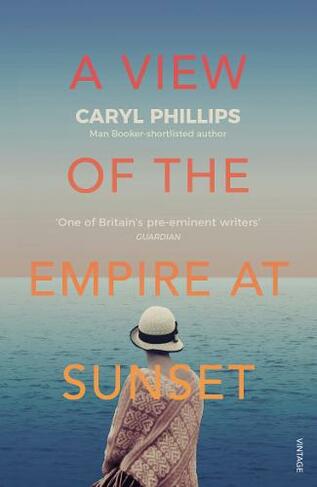 A View of the Empire at Sunset

Award-winning writer Caryl Phillips presents a beautiful, heart-breaking novel of the life of Jean Rhys, author of Wide Sargasso Sea. '[A] remarkable novel... The story of a troubled young woman trying to make her way in England during the early years of the twentieth century' WILLIAM BOYD In the heart of London's Bloomsbury, Gwendolen - not yet truly famous as the writer 'Jean Rhys' - is presented with the opportunity she has been waiting for. Her husband has received an unexpected inheritance; she can, at last, return to the island of her childhood. For Gwendolen, Dominica is a place of freedom and beauty, far away from the lonely nights and failed dreams of England. But this visit home compels her to reflect on the events of her past, and on what they may mean for her future. 'Phillips' novel of being and becoming, of memory, and the mythology of writers and writing is a wonder. This is a gift of a book' Niven Govinden, author of All the Days and Nights 'This dark, glimmering beauty of a novel penetrates the English mist, illuminates the past and present and offers us the life of a great writer, in the heart and mind of this great writer, Caryl Phillips' Amy Bloom, author of White Houses 'Subtle and piercing... Phillips keeps on taking risks and telling powerful stories' Times Literary Supplement

Caryl Phillips is the author of numerous acclaimed works of fiction and non-fiction, including the novels Crossing the River (shortlisted for the Booker Prize 1993) and A Distant Shore (winner of the Commonwealth Writers' Prize 2004). Phillips has won the Martin Luther King Memorial Prize, a Guggenheim Fellowship, the PEN Open Book Award and the James Tait Black Memorial Prize, as well as being named the Sunday Times Young Writer of the Year 1992 and one of the Granta Best of Young British Writers 1993. He has also written for television, radio, theatre and film.