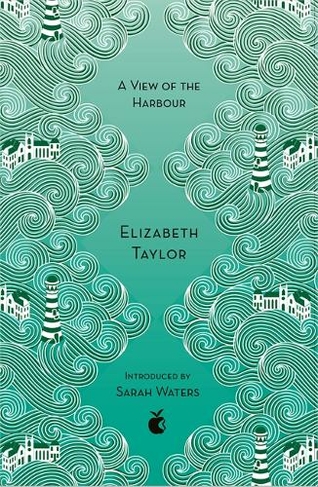 A View Of The Harbour: A Virago Modern Classic (VMC Designer Collection)

INTRODUCED BY SARAH WATERS 'Every one of her books is a treat and this is my favourite, because of its wonderful cast of characters, and because of the deftness with which Taylor's narrative moves between them ... A wonderful writer' SARAH WATERS 'Her stories remain with one, indelibly, as though they had been some turning-point in one's own experience' ELIZABETH BOWEN In the faded coastal village of Newby, everyone looks out for - and in on - each other, and beneath the deceptively sleepy exterior, passions run high. Beautiful divorcee Tory is painfully involved with her neighbour, Robert, while his wife Beth, Tory's best friend, is consumed by the worlds she creates in her novels, oblivious to the relationship developing next door. Their daughter Prudence is aware, however, and is appalled by the treachery she observes. Mrs Bracey, an invalid whose grasp on life is slipping, forever peers from her window, constantly prodding her daughters for news of the outside world. And Lily Wilson, a lonely young widow, is frightened of her own home. Into their lives steps Bertram, a retired naval officer with the unfortunate capacity to inflict lasting damage while trying to do good. Books included in the VMC 40th anniversary series include: Frost in May by Antonia White; The Collected Stories of Grace Paley; Fire from Heaven by Mary Renault; The Magic Toyshop by Angela Carter; The Weather in the Streets by Rosamond Lehmann; Deep Water by Patricia Highsmith; The Return of the Soldier by Rebecca West; Their Eyes Were Watching God by Zora Neale Hurston; Heartburn by Nora Ephron; The Dud Avocado by Elaine Dundy; Memento Mori by Muriel Spark; A View of the Harbour by Elizabeth Taylor; and Faces in the Water by Janet Frame

Elizabeth Taylor (1912-1975) is increasingly recognised as one of the best British writers of the twentieth century. She wrote her first book, At Mrs Lippincote's, during the war while her husband was in the Royal Air Force, and this was followed by eleven further novels and a children's book, Mossy Trotter. Her acclaimed short stories appeared in publications including Vogue, the New Yorker and Harper's Bazaar.