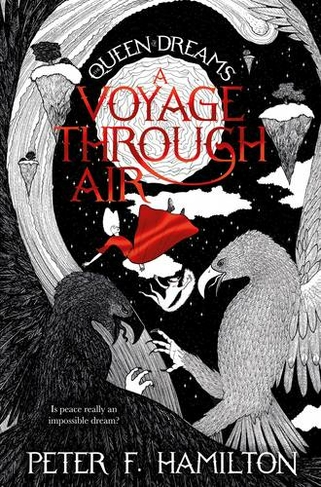 A Voyage Through Air: (The Queen of Dreams)

A Voyage Through Air is the third and final book in the fantastic The Queen of Dreams children's fantasy trilogy by award-winning author Peter F.Hamilton. War is coming - and every leader of every realm has sided with the War Emperor and pledged to fight the Karrak invaders -apart from Taggie, the teenage Queen of Dreams-to-be. Aided by an unusual band of allies, including a Karrak Lord, an elf and a feisty skyfolk captain, Taggie knows that the only way to stop the war is to find the long-lost gateway between our universe and the dark universe: the home of the Karrak people. But where do you begin to look for something that was deliberately hidden? And just how much is Taggie willing to lose in her desperate quest for peace?

Peter F. Hamilton was born in Rutland in 1960 and still lives in that county. He began writing adult science fiction and fantasy in 1987 and since then has sold over two million books in the UK alone and is the UK's bestselling science-fiction author. He has two young children who inspired him to write for a younger audience. A Voyage Through Air is the third and final book in the fantastic The Queen of Dreams children's fantasy trilogy, which began with The Secret Throne.