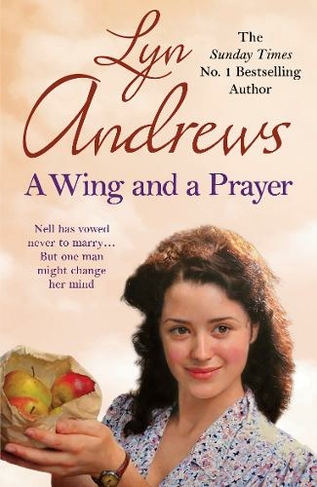 A Wing and a Prayer: A young woman's journey to love and happiness

Lyn Andrews's engaging saga of Liverpool life in the twentieth century, A WING AND A PRAYER, is the perfect read if you love the novels of Kate Thompson and Katie Flynn. For Mary Callaghan marriage has brought heartaches and disappointment. But with it have come joys, the greatest of which are her daughters, Daisy and Nell. Mary longs for them to have the one thing denied to her - a husband who will offer them kindness, security and love. But when Daisy confesses she's pregnant, the future looks grim, for the father's a rough, pleasure-loving man. As Nell watches her sister sink into bitter poverty, and as the world around her grows more uncertain, with war more likely by the day, risking all for love seems to Nell a foolish game...

Lyn Andrews was born in Liverpool in 1944; her father Joseph was killed on D-Day just nine months later. Lyn was brought up in Liverpool and became a secretary before she married and gave birth to triplets. Once the children had gone to school Lyn began writing, and her first novel was quickly accepted for publication. She has since written over thirty books, many of them Sunday Times bestsellers. Lyn lives on the Isle of Man, but spends many weeks of the year back on Merseyside, seeing her children and grandchildren.www.lynandrewsbooks.co.ukFacebook: @LynAndrewsBooksTwitter: @lynandrewsbooks