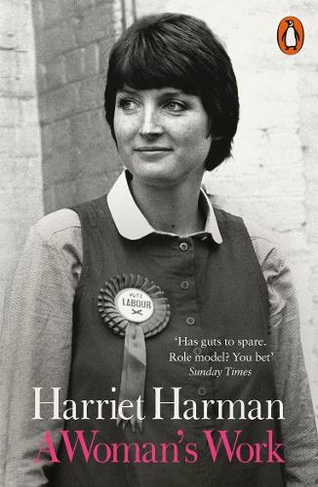 GUARDIAN AND NEW STATESMAN BOOKS OF THE YEAR 2017 **Winner of best memoir at the Parliamentary Book Awards** Now with a new epilogue for the paperback 'Compelling ... She has guts to spare ... An important story ... Role model? You bet' Tim Shipman, Sunday Times 'So human and inspiring, and my favourite book of the year so far' Rohan Silva, Guardian When Harriet Harman started her career, men-only job adverts and a 'women's rate' of pay were the norm, female MPs were a tiny minority - a woman couldn't even sign for a mortgage. But, she argues, we should never just be grateful that things are better now. There's still more to do. In A Woman's Work Harriet, Britain's longest-serving female MP, looks at her own life to see how far we've come, and where we should go next. This is an inspiring and refreshingly honest account of the part she has played (and the setbacks along the way) in the movement that transformed politics and women's lives - from helping striking female factory workers to standing for election while pregnant, from her memories of her own mother to her success in reforming the law on maternity rights, childcare, domestic violence and getting more women into parliament. But it is also a call for women today to get together and continue the fight for equality. If we don't, no one else will.

Harriet Harman was elected as Labour MP for Peckham in 1982. Joining a House of Commons which was 97% male, she had three children while in Parliament. She has been politics' most prominent champion for women's rights, introducing the National Childcare Strategy, the Equality Act and changing the law on domestic violence. She was the first woman to represent the Labour Party at Prime Minister's Questions.