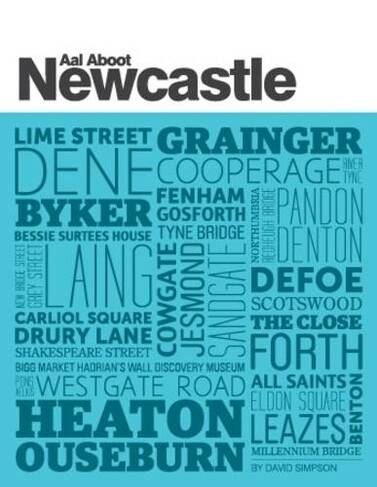 Newcastle is not your average northern city. Visitors and locals are often surprised by what they find, whether it be the elegance of Grey Street, the unexpected timber-framed merchants' houses of the 1650s Sandhill, the charming cathedral church of St Nicholas or the magnificent Tyne bridges. Newcastle was a major medieval town, a place of trade and industry long before Manchester, Leeds or Liverpool rose to significance. For centuries the formidable medieval walls defined this town. Amongst the best in Europe, some impressive sections of this wall remain, recalling the town of old. Other reminders are the 'new castle' with its keep and Blackgate, the historic streets with their ancient names and the age old phrase of pointless pursuit: 'coals to Newcastle', recalling the lucrative trade that made Newcastle the 'spacious, extended, infinitely populous place' of Daniel Defoe's time. Officially Newcastle has only been a city since 1882 and the home to the beloved Newcastle United for ten years less than that, but both are still affectionately 'the Toon' in the hearts of the Geordies. In truth Newcastle has come a long way from its quayside origins as the town (or toon) that hugged the steeply rising banks of the Tyne for centuries. As late as 1830 this riverside area was still the hub of the town, enclosed within the walls that stretched up the hill. Here within the northerly sections of the wall there was still much open space where a friary and nunnery had once stood. A decade later these open spaces had been filled with grand new streets of classical design courtesy of the builder Richard Grainger. A new monument dedicated to Earl Grey formed part of this scheme. It became the focal point for the new town, with Blackett Street, its backdrop, running along the course of what had been the northern edge of the town wall. The old northern fringe of Newcastle was now the very centre of the town and within a century this centre had shifted further into Northumberland Street, beyond the walls. The evolution, growth and development of Newcastle is a fascinating story and is explored in this book through the streets and famous buildings. All of the major suburbs of the city feature in the book from Gosforth and Jesmond in the north, Walker and Byker in the east to Scotswood, Denton, Benwell and Elswick in the west. line drawings & photographs throughout (black & white)

David Simpson is a former journalist and the author of over 30 books on British history, topography and culture. He has published titles on London and Scotland as well as publications featuring British nostalgia, history and popular tastes from the 1940s to the 1990s. His special interest is the North East of England where he has entertained and lectured widely on the subject of dialect and place-names. David has appeared in over a hundred television and radio broadcasts both locally and nationally speaking on the history and culture of the North East.