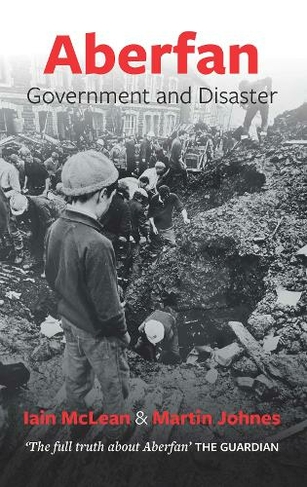 On 21 October 1966, 116 children and 28 adults died when a mountainside coal tip collapsed, engulfing homes and part of a school in the village of Aberfan below. It is a moment that will be forever etched in the memories of many people in Wales and beyond. Aberfan - Government & Disaster is widely recognised as the definitive study of the disaster. Following meticulous research of public records - kept confidential by the UK Government's 30-year rule - the authors, in this revised second edition, explain how and why the disaster happened and why nobody was held responsible. Iain McLean and Martin Johnes reveal how the National Coal Board, civil servants, and government ministers, who should have protected the public interest, and specifically the interests of the people of Aberfan, failed to do so. The authors also consider what has been learned or ignored from Aberfan such as the understanding of psychological trauma and the law concerning 'corporate manslaughter'. Aberfan - Government & Disaster is the revised and updated second edition of Iain McLean and Martin Johnes' acclaimed study published in 2000, which now solely focuses on Aberfan.