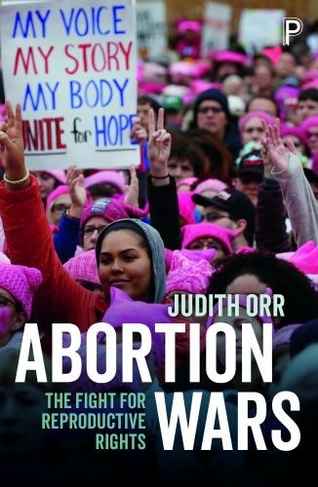 In this hard-hitting timely book Judith Orr, leading pro-choice campaigner, argues that it's time women had the right to control their fertility without the practical, legal and ideological barriers they have faced for generations. Combining analysis of statistics, popular culture and social attitudes with powerful first-hand accounts of women's experiences and a history of women's attempts to control their bodies, the author shows that despite the 1967 Abortion Act full reproductive rights in Britain are yet to be won. The book also highlights current debates over decriminalisation and argues for abortion provision fit for the 21st century.

Judith Orr has decades of experience campaigning and writing on women's rights and abortion. She grew up in Northern Ireland where abortion is effectively illegal. She is an elected member of the executive committee of the national Abortion Rights campaign.As a journalist, she reported from Cairo's Tahrir Square during the Egyptian Revolution, in particular highlighting the role of women in the struggle. She has written two previous books, Marxism and Women's Liberation and Sexism and the System, and has spoken on her work internationally including in Canada, Germany, Austria, South Korea, Ireland and Turkey.