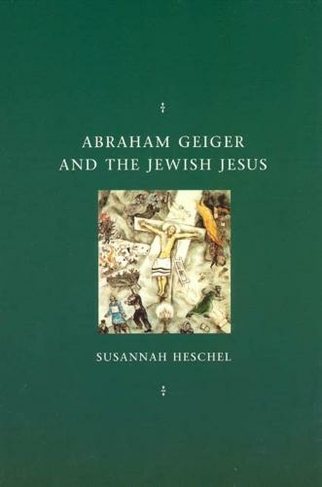 Was Jesus the founder of Christianity of a teacher of Judaism? When he argued the latter based on the New Testament, Abraham Geiger ignited an intense debate that began in 19th-century Germany but continues in the late-20th century. Geiger was a pioneer of Reform Judaism and a founder of Jewish studies and developed a Jewish version of Christian origins. He contended that Jesus was a member of the pharisees, a progressive and liberalizing group within 1st-century Judaism, and that he taught nothing new or original. This argumant enraged German Protestant theologians, some of whom produced a tragic counterargument based upon racial theory. In this study Susannah Heschel traces the genesis of Geiger's argument and examines the reaction to it within Christian theology. She concludes that Geiger initiated an intellectual revolt by the colonized against the colonizer, an attempt not to assimilate into Christianity by adopting Jesus as a Jew, but to overthrow Christian intellectual hegemony by claiming that Christianity - and all of Western civilization - was the product of Judaism. 3 halftones

Susannah Heschel is the Eli Black Associate Professor of Jewish Studies in the Department of Religion at Dartmouth College. She is the coeditor of Insider/Outsider: Multiculturalism and American Jews and the editor of On Being a Jewish Feminist: A Reader and Moral Grandeur and Spirited Audacity: Essays on Abraham Joshua Heschel.